HIgh Heels for Men & Women | Stilettos: What you didn’t know 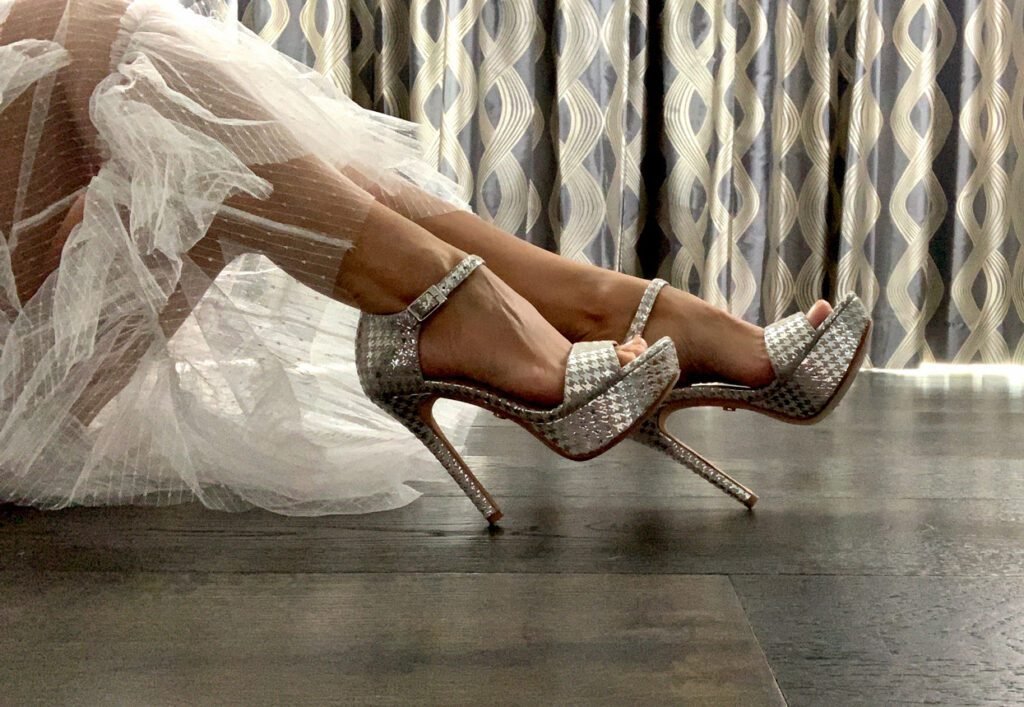 Stilettos: What you didn’t know

If there is one shoe that never goes out of style is the Stilettos. Faithful companions of parties and meetings and also for an everyday casual look.

Challenging and always elegant, they are everyone’s favorite and the inevitable classic, there is no other shoe model that stylizes the leg in such a special way. In addition to contributing a few centimeters, they help highlight your curves. By forcing yourself to stand up, the center of gravity moves forward, highlighting the chest, arching the back, and lifting the buttocks, enhancing the calves and ankles and making the legs look longer.

The stiletto as we know it today, with its sharp and covered tip, was presented in 1940 when Dior presented its New Look, women recovered and enhanced their shapes, and what better partner! Although at that time they could not be marketed, since, after several tests, they could not support the weight of any woman. A few years later, Salvatore Ferragamo found the solution, incorporating a thin metal rod inside the block to act as a pillar (in Greek Stylo) from which it is also said that its name derives: columns or Styllos and from there to Stilettos.

Heels were first worn by men

Heeled shoes were first of the male domain (It was they who first became obsessed with heels).

See also: The history behind men in high heels

In pre-Christian times, the Egyptians wore them to walk on their victims, there are also illustrations that show men and women wearing high heels.

The first stilettos in history

In the 15th century, it was used by horsemen as they helped to put the foot on the stirrup and hold on more firmly, and thus they could shoot their arrows with greater precision. European men began to wear Persian style shoes, which were adopted by the aristocracy. On cobbled or muddy streets they were impractical but it was a way to have a privileged status.

Louis XIV and his obsession with heels

Louis XIV of France was a great collector of high heels. His high-heeled shoes, decorated with battle scenes, enhanced his short stature by 10 cm. He signed an edict that only the members of his court could wear shoes with red heels (the heels and soles were that color since it was the most expensive dye and represented a martial tone).

Definition of the stiletto heel

The literal definition of Stiletto is a shoe whose stiletto heel exceeds 10 cm. Gucci and Choo consider a low heel that is less than 6 cm, between 6 and 8.5 a medium heel, and a high heel that is over 8.5 cm.

The word Stiletto comes from Italian, a language in which it means dagger or dagger. It is also the name the Sumerians gave to the sharp wedges with which they wrote on their clay tablets.

The highest heels commercially available are boots boasting a combination of 43 cm (17 in) platforms and 51 cm (20 in) heels, produced by James Syiemiong in February 2004.

Where to buy the perfect stilettos?

At Lidia Talavera we are not only thinking of Women. We are also thinking about our LGBTQ+ community, crafting heels in both women’s and men’s sizes.

Check out our all-inclusive line of Pumps, Sandals, and Belts, and Pet Collars, choose your style… we dare you!

Putting your best foot forward, no matter the size.